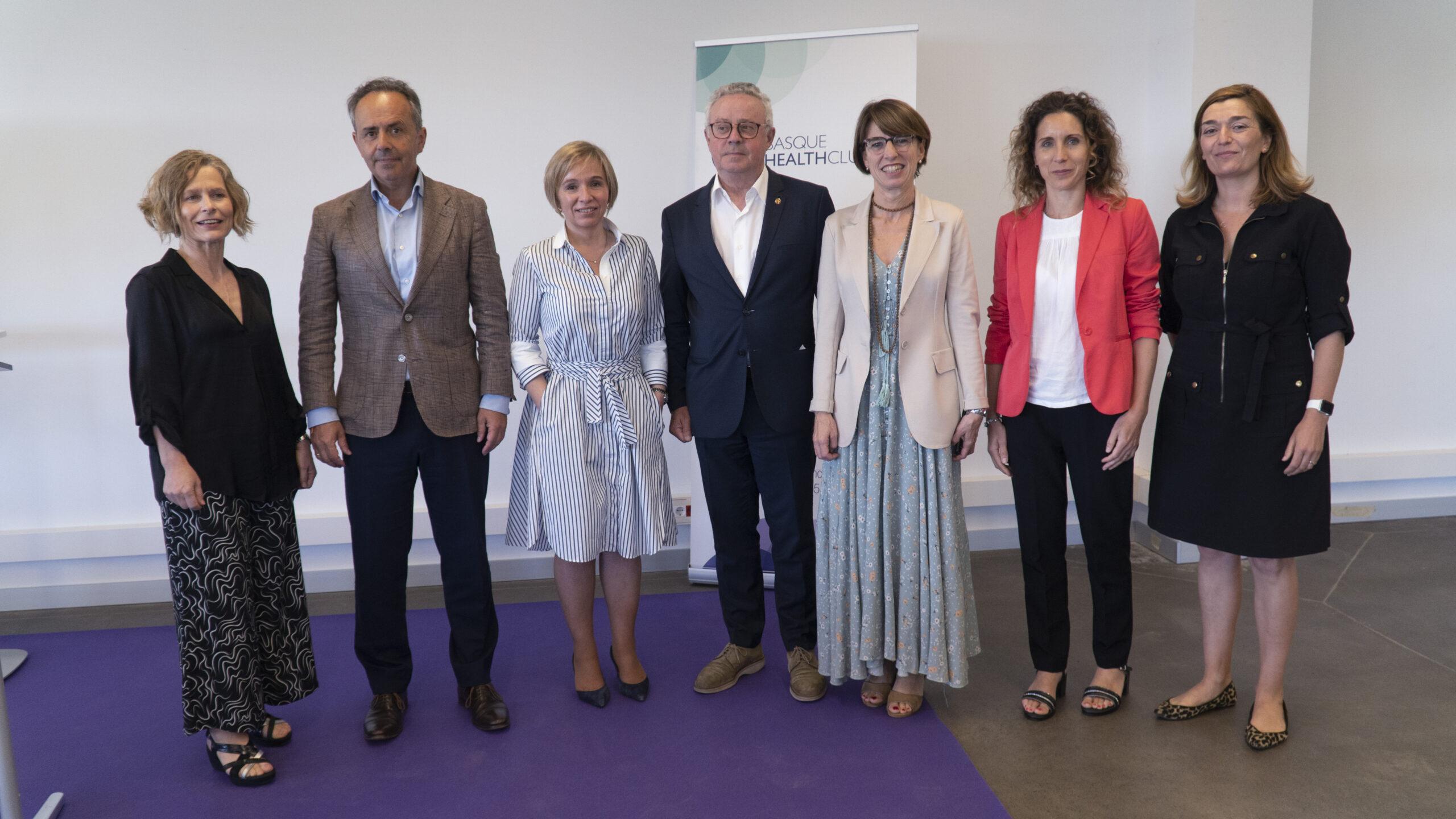 In 2021, the Basque Country’s biohealth business sector has consolidated the strong development experienced in recent years. The data on turnover and exports, investment in R&D&I, but above all new jobs created, reflect the sweet moment that the sector is experiencing and which already generates more than 2% of the Basque GDP. At the Basque Health Cluster Assembly, held on June 9, it became clear that this business activity, despite the challenges and some ‘bottlenecks’, has a promising future, with equally positive expectations for 2022, on which the new board of the cluster, also renewed at the Assembly, will work, with Asier Albizu, from Biolan Health, assuming the Presidency.

The Basque Biosalud business sector generated almost a thousand new jobs last year, bringing the total workforce to almost 10,000 professionals. In relative terms, the evolution represents a remarkable growth of 11% compared to average growths of 5% to 8% in previous years. Moreover, this employment is highly specialized and professionalized (PhDs, masters in life sciences and engineering, experts in data and artificial intelligence) and with a significant weight of female employment.

At the Basque Health Cluster Assembly held at the Bizkaia Technology Park, the director of the Basque Health Cluster, María Pascual de Zulueta, pointed out that last year there was a notable increase in the order book of the firms in the sector, especially among those firms with products or services already on the market. Thus, the sector’s turnover grew at a rate of 8% to 1,880 million euros, an evolution that is expected to remain at the same levels this year.

The annual meeting of the Basque Biocluster -which brings together almost a hundred firms in the sector in the Basque Country- served to present the significant increase in sales abroad of products and services related to health. Exports increased by 18% after the standstill recorded in 2020 due to the crisis caused by the Covid19 pandemic. In fact, 24% of the turnover of these companies (except those involved in healthcare) already comes from exports. This year, all the exporting companies in the Basque Health Cluster are expected to increase their sales in foreign markets once again.

In addition to employment and sales, the performance of R&D&I investment was also very significant in 2021. This item reached the highest figure ever recorded last year, with a volume of more than 170 million euros, an annual growth of 14.5%.

Cristina Oyón, Director of Technology, Innovation and Sustainability of the SPRI Group, who gave a lecture following the BioCluster Annual Assembly, stressed in her speech that “it is necessary to increase the effort and quality of R&D&I, take advantage of the potential of tractor companies to face shared challenges such as sustainability and digital transformation with their value chains, and seek talent that has not yet been exploited, which can mean greater involvement of women in the industry.” 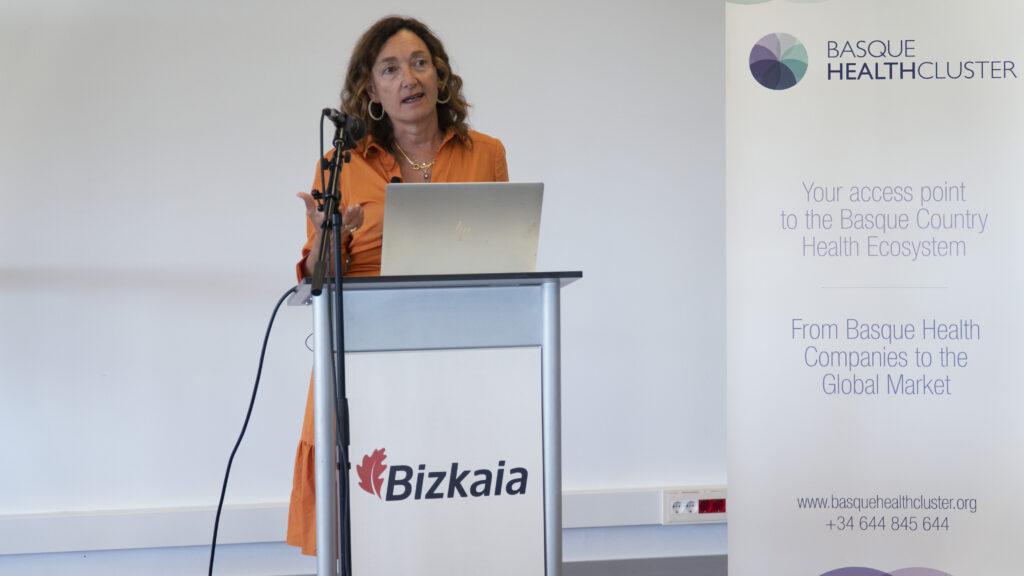 For her part, Ainara Basurko, Bizkaia’s Provincial Councillor for Economic Promotion also stressed at the conference following the Assembly that “the Provincial Council of Bizkaia has made a firm commitment to lead the demographic transition and long-term care with projects such as the Nagusi Intelligence Center (NIC). Our future depends on it and we are counting on the companies and professionals of the Basque Health Cluster to promote a new sector of activity that generates employment, knowledge and innovation”. 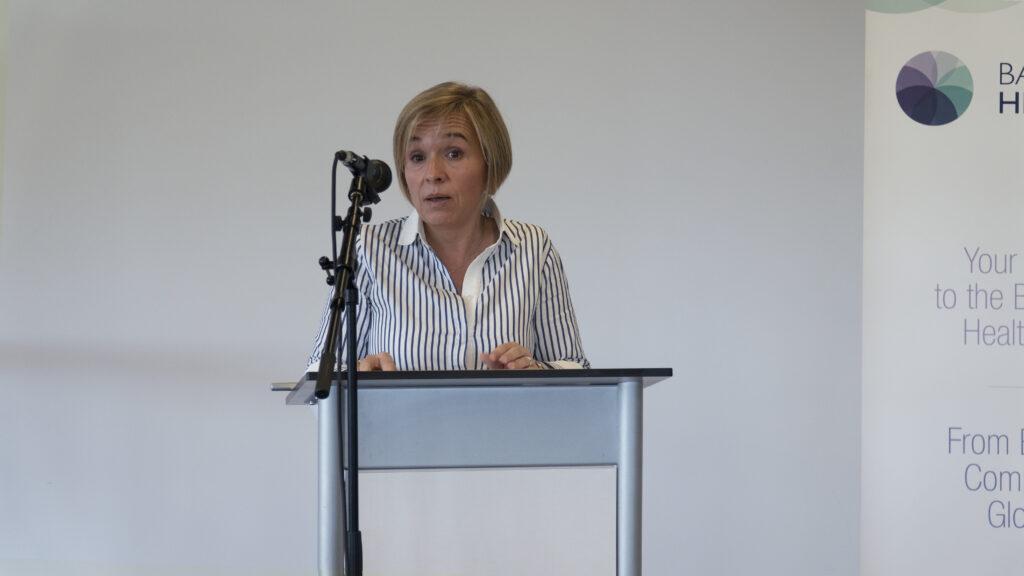 The director of the Basque Health Cluster, María Pascual de Zulueta, identified as a ‘bottleneck’ for firms in the sector, both in the Basque Country and in the EU as a whole, “the regulatory collapse with the new regulatory requirements for CE marking medical devices, which are much more demanding than they have been to date”.

In her speech, Pascual de Zulueta also highlighted the lack of accreditation bodies following the requirements of the new European Union regulations. She also highlighted the problems that have arisen with the shortage of laboratory material and the rise in the prices of raw materials.
“Since 2008 there has been a clear downward trend in prices in the sector -explained the director of the Basque Health Cluster- and yet the CPI increase in 2021 was 6.5%; all this affects the operating account of our companies.”

Renewal of the BHC Board of Directors and challenges for 2022

On the other hand, the Basque Health Cluster Assembly yesterday approved the renewal of the Board of Directors, whose president will now be Asier Albizu, CEO of Biolan Health, replacing Mikel Álvarez, president of Mondragon Unibertsitatea. In addition, Julio Font, from Histocell remains for another two years as vice-president of the cluster.

María Eugenia Puertas, from Bexen Medical, and Arantza Muriana, from Biobide, will be in charge of the Treasury and Secretariat of the cluster, respectively. In addition, the board of directors of the Basque Health Cluster has 10 other members and 2 honorary members, the SPRI and BIOEF (attached to the Basque Government’s Departments of Economic Development and Health), as well as VICOMTECH as the RVCTI Technology Center.

Looking ahead to 2022, the newly appointed president of the Basque Health Cluster, Asier Albizu, insisted on the challenge of addressing the new Medical Device Regulations (MDR) and in vitro diagnostic medical devices (IVDR), which although they have come to re-establish the confidence of economic operators and users, “it is also true that their implementation is involving a great effort of human and economic resources in the companies of the sector and a path not without difficulties to put new products on the market or adapt existing ones to the new regulatory requirements”.

Among other challenges, Asier Albizu highlighted the need to strengthen cooperation, both public-private and private-private, to achieve greater competitiveness and positioning of the sector. And obviously all this within the framework of environmental and social sustainability, seeking “maximum efficiency and productivity and betting on digitization, keys that logically require significant investments”. 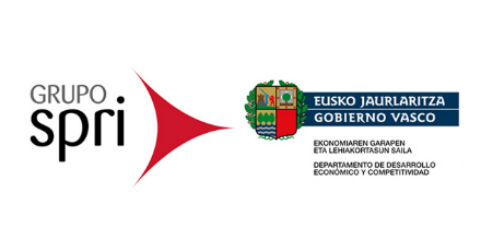 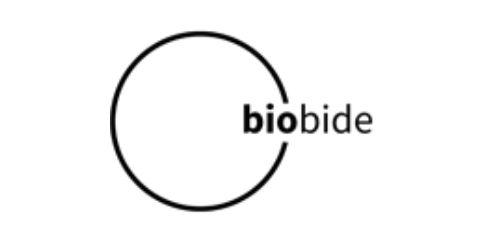 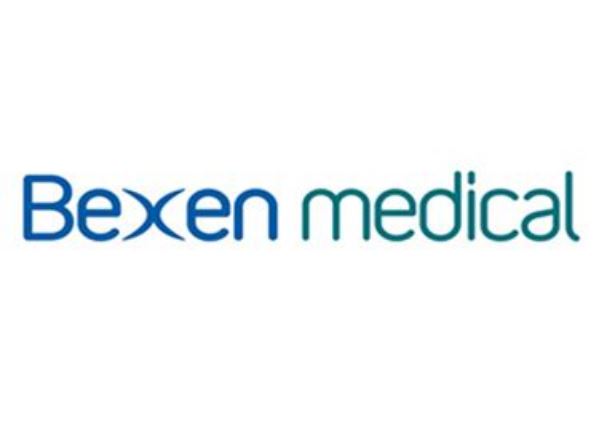 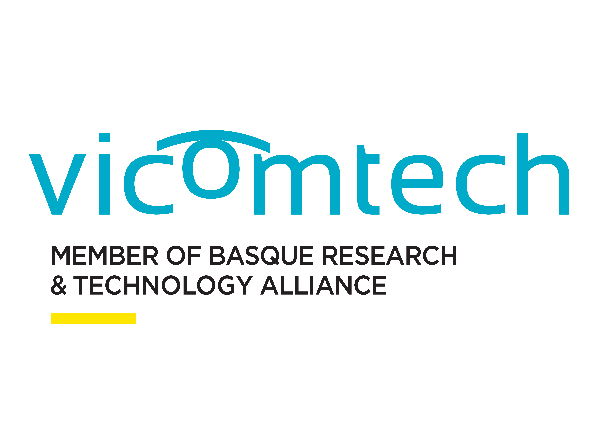