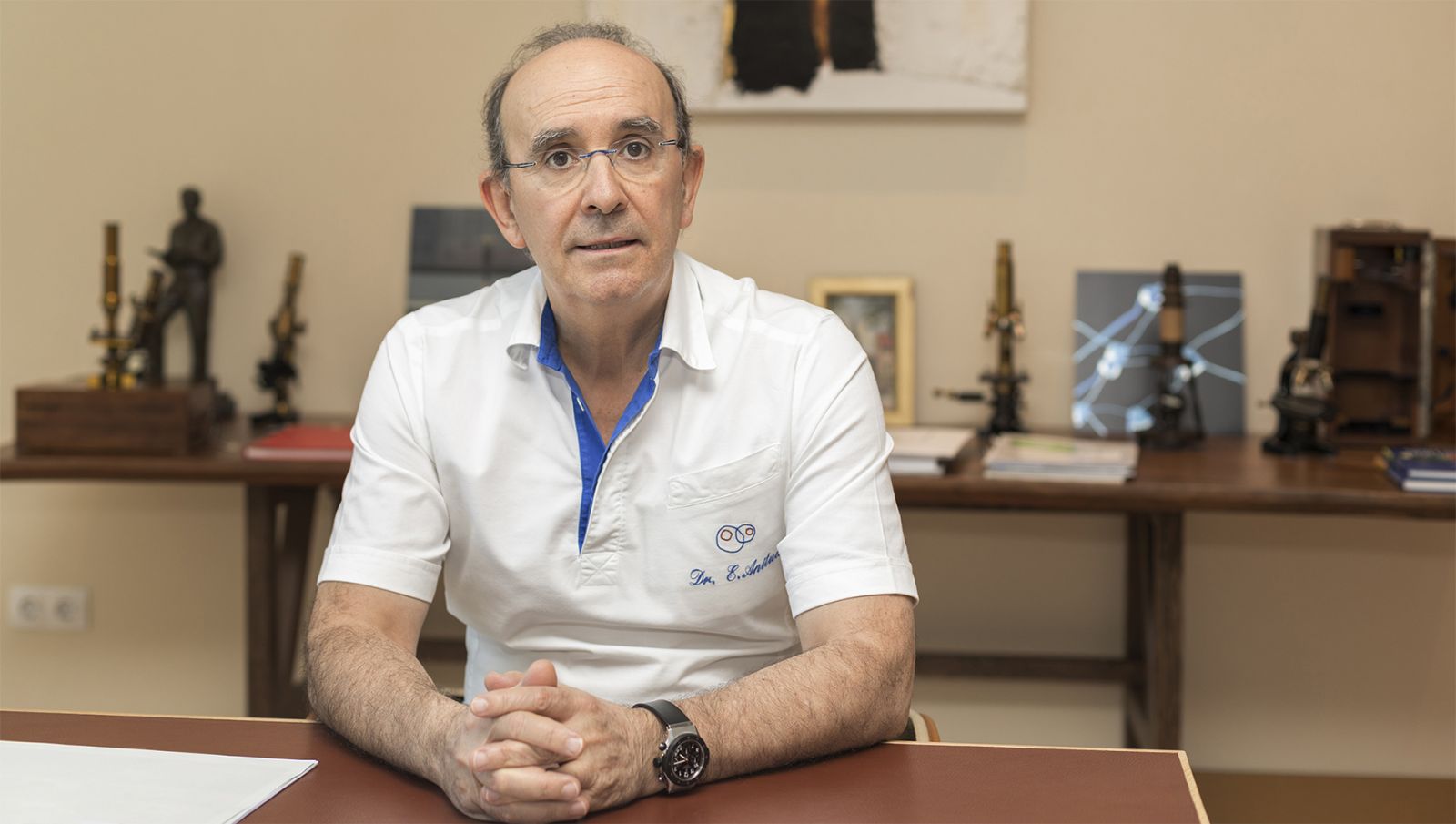 The winners of this year’s National Innovation and Design Awards were announced on 1 October. Organised by the Ministry of Science and Innovation, this year Eduardo Anitua has been awarded in the “Innovative Trajectory” category. These awards are Spain’s most important recognition in the fields of innovation and design.

The judges have highlighted “his innovative spirit at the service of people and the improvement of their health and quality of life” and have valued as exemplary his transfer of knowledge as well as the public-private collaboration he carries out through his company and his foundation.

This is not the first recognition he has received: in September he was awarded the “Gaceta Dental Special Award” at the 24th edition of the gala.

In addition to this, he is in first place among Spanish dentists in the “Ranking of the World Scientist World’s Top 2% Scientists” published in the journal Plos Biology by Standford University.

Eduardo is committed to innovation in his company. In fact, BTI Biotechnology Institute, a founding member of BHC, has remained, for the sixth consecutive year, the leading company in biotechnological scientific production in Spain, according to the AseBio 2020 report, a clear sign of how important R&D is for its business strategy, which has also been able to take its discoveries in regenerative medicine outside the field of dentistry.

Javier García, CEO of Viralgen, awarded the Golden Drum 2023 of San Sebastian
28 December 2022
Go to Top
Cookie management
On this website, we use our onw and third party's cookies to integrate videos of YouTube, to show our location and the funtional cookies needed for the services we provide.