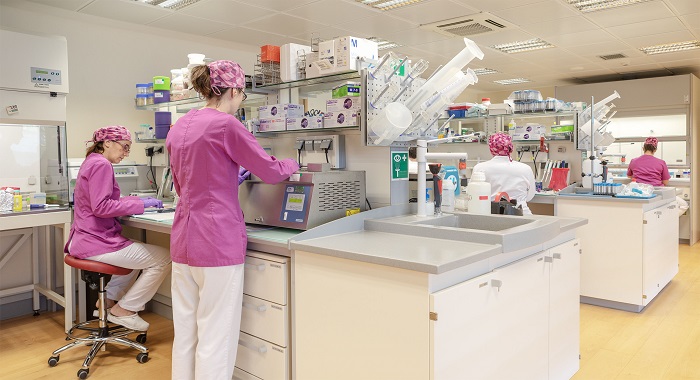 Biotechnology Institute (BTI) from Vitoria, with 28 publications in 2020, has been highlighted as the company with the most scientific publications in Spain in the AseBio report, a position it has held for the last 6 years. After BTI, we find PharmaMar and Janssen, in second and third place respectively.

In addition, Eduardo Anitua, founder, president and scientific director of the company, leads the list of the most relevant Spanish researchers in the dental sector in the world. The ‘Ranking of the World Scientists: World’s Top 2% Scientists’ is one of the most prestigious international rankings of researchers, and recognises these scientists as the most influential and cited in the world.

This ranking has been published in the journal Plos Biology by researchers at Stanford University. Based on parameters such as the number of indexed publications, citations received, H index, etc., they have created a database with 150,000 scientists, which represents 2% of the most important researchers out of a total of almost 7 million active scientists worldwide, of which 1,237 are researchers in the field of dentistry, including 7 Spaniards. Dr. Eduardo Anitua ranks first among Spaniards and 62nd worldwide.

The scientific director of the company assures that this leadership comes thanks to the commitment that BTI has made since the beginning of the company to invest in R&D. A commitment that was especially relevant in the difficult year that was 2020. The intense R&D work carried out by the company has its fruits, making BTI the supplier of the most versatile dental implant system on the market, and one of the leading companies in innovation on the international scene.

About BTI:
BTI Biotechnology Institute is a company specialising in biomedicine and biotechnology whose main activity focuses on two areas of work: regenerative medicine and oral implantology. Its headquarters and facilities are located in Vitoria (Alava).

PRIM and TRAK: The alliance that designs the future of physiotherapy
23 September 2022

Researchers from Gipuzkoa develop a tool that, through artificial intelligence, allows predicting future diseases based on the current pathology
15 September 2022