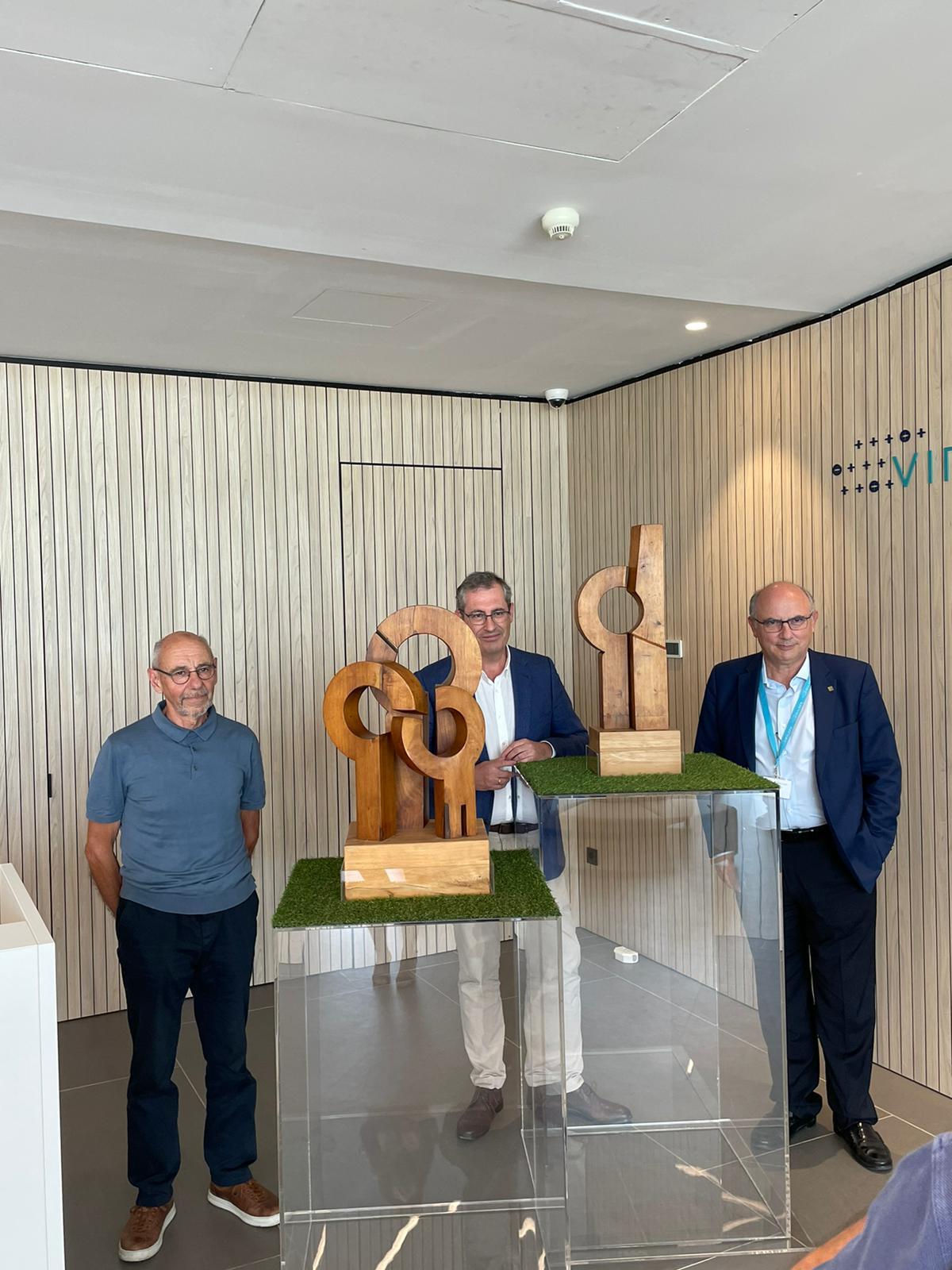 Two sculptures by Anton Mendizabal will act as “ambassadors” of the territory for international visitors and workers at the biotech company in Gipuzkoa.

From 14th July, two pieces from the series of sculptural works “Krontelas” by the Gipuzkoan artist Anton Mendizabal will be on display at Viralgen‘s facilities.

The opening ceremony of the exhibition took place on 14 July at 4 p.m. in the new Viralgen facilities located in the Science and Technology Park of Gipuzkoa (Paseo Mikeletegi, 8). The event was attended by the Deputy General of Gipuzkoa, Markel Olano Arrese, and the Provincial Councillor for Economic Promotion, Tourism and the Rural Environment of Gipuzkoa, Jabier Larrañaga, among other authorities and senior officials.

The Provincial Council of Gipuzkoa -owner of the works- is lending them with the aim of exhibiting the cultural heritage of Gipuzkoa in a showcase that is visited every day by the more than 400 employees of the company, and a large number of scientists and international managers who regularly visit its facilities.

“It is a way of representing the exquisite uniqueness of Gipuzkoa by combining science and art. At the same time, the roots and the avant-garde of the territory are spread before the eyes of the workers and the prominent international visitors who will later tell their respective countries what they have seen in this land“, declared Javier García, the company’s top executive.

These are the works “Harritxulagaina” and “Egiar“, both carved in wood and other elements, sculpted by Mendizabal in 1990 as part of his “Krontela” sculpture series, as a result of a commission from Oiartzun Town Council for a study on a future Megalithic Park in the municipality. Subsequently, the series became the property of the Provincial Council of Gipuzkoa.

The word “Krontela” comes from the union of Kronletx (kronlech in Basque) and estela (in Spanish), “a monolithic monument of a commemorative nature that is placed vertically on the ground”, according to its own definition. Mendizabal reinterprets the Iron Age cromlechs from the mountains near his workshop and converts them into sculptures/stelae, reusing the circular shape of these commemorative monuments.

Harritxulangaina, of 10 cromlechs and 2 tumuli; Egiar is a group of 7 cromnlechs. The sculptor titles his stelae with the names of these complexes, combining prehistory, mythology and art in these contemporary sculptures which, although they are contemporary, are still in use today. These contemporary sculptures which, from now on, will be taken out of the warehouses where they were kept, so that they can be to be admired in the main entrance hall of Viralgen. 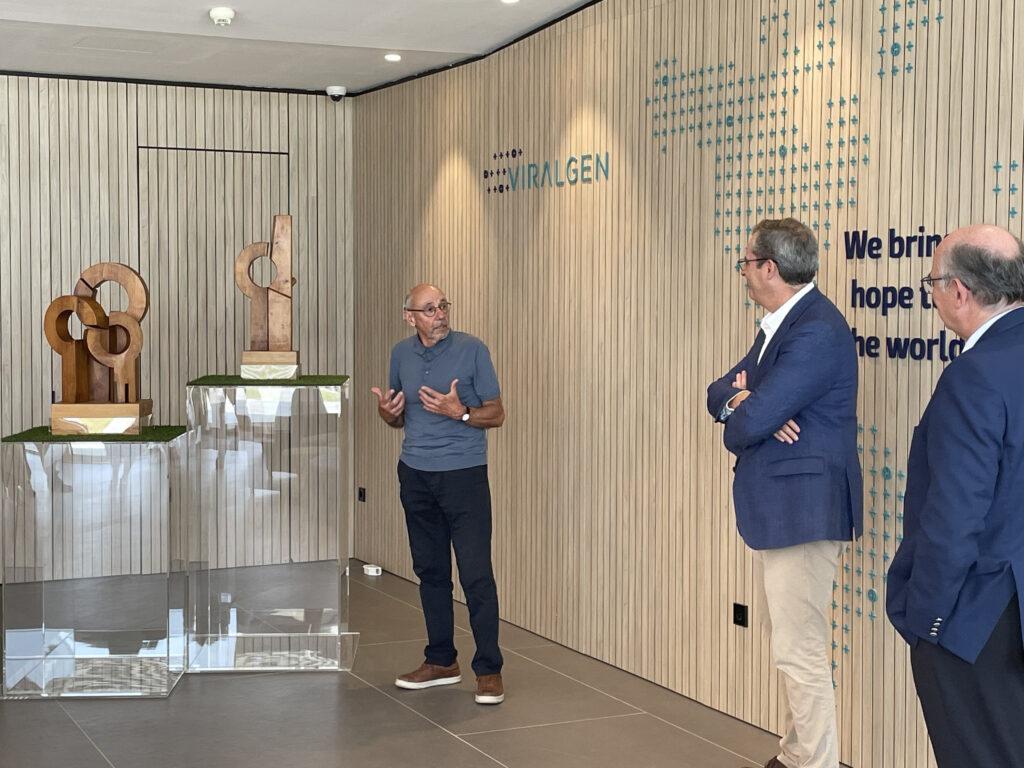 About Viralgen:
Founded in 2017 as a joint venture between AskBio and Columbus Venture Partners (a Spanish venture capital group), Viralgen is a world-class manufacturer of cGMP-quality VPAs. It uses the Pro10™ platform, technology licensed by AskBio, which enables greater scalability, performance and precision of AAV therapies. Based in the Science and Technology Park of Gipuzkoa, Spain, Viralgen is a CDMO (Contract Development and Manufacturing Organization) that produces AAV gene therapy treatments to enable pharmaceutical and biotech companies to accelerate the delivery of new treatments to improve patients’ lives.

A key benefit of our technology is the cGMP production of high-quality rAAVs in large batches through a unique and robust manufacturing platform. Viralgen’s clinical facilities, with 4 production halls operating between 50 and 500L, are capable of supplying customers through to the commercialisation phase. This commercial supply will be from the new plant, currently under construction and with the first module already completed, which will be available in 2022 for production of up to 2000L per batch. All facilities have integrated fill & finish and quality control to fully support customer projects using the Pro10™ platform. 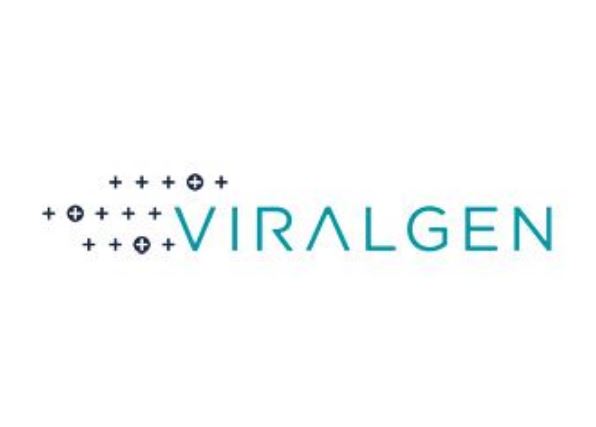