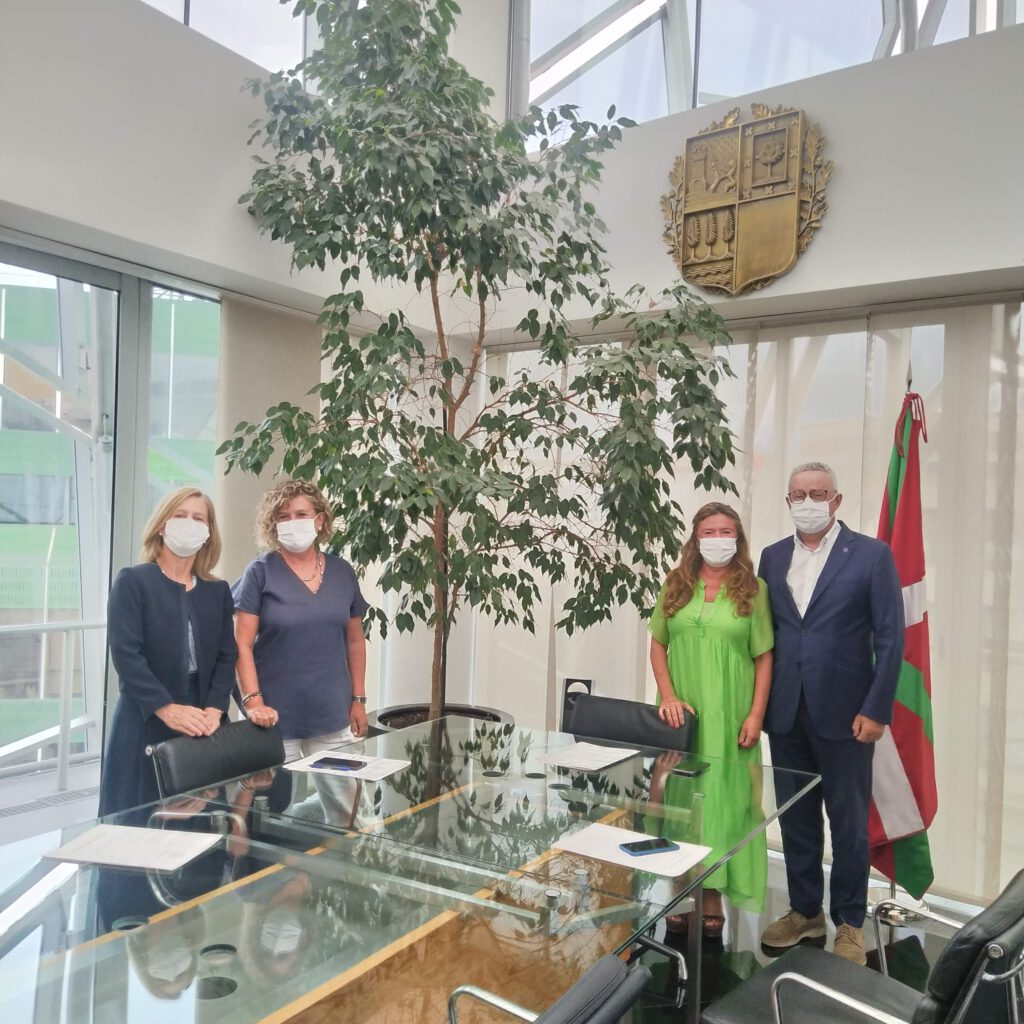 With the incorporation of BIOEF, the association that represents companies and organizations in the Biosciences and Biohealth sector in the Basque Country now has almost a hundred members.

The figure of Honorary Member is included in the statutes of the Basque Health Cluster in view of its prestige or for having contributed in a relevant way to the development of the Association. In fact, the SPRI has been a part of the cluster since the constitution in 2010 as an Honorary Partner, representing the Department of Economic Development, Sustainability and the Environment, with participation in the association’s board of directors.

In the meeting, in which members of the Basque Health Cluster as well as members of the Basque Foundation for Health Innovation and Research – BIOEF have participated, they have stated that thanks to the direct participation of BIOEF in the Basque Health Cluster, they will be able to participate in works closer cooperation and collaboration schemes between research groups and teams and researchers from both organizations. This collaboration will be reinforced in Basque, state and international R & D & I projects, as well as offering the services of their respective scientific-technological platforms, clinical trials and validations, mutual advice and training.

Javier García, CEO of Viralgen, awarded the Golden Drum 2023 of San Sebastian
28 December 2022
Go to Top
Cookie management
On this website, we use our onw and third party's cookies to integrate videos of YouTube, to show our location and the funtional cookies needed for the services we provide.