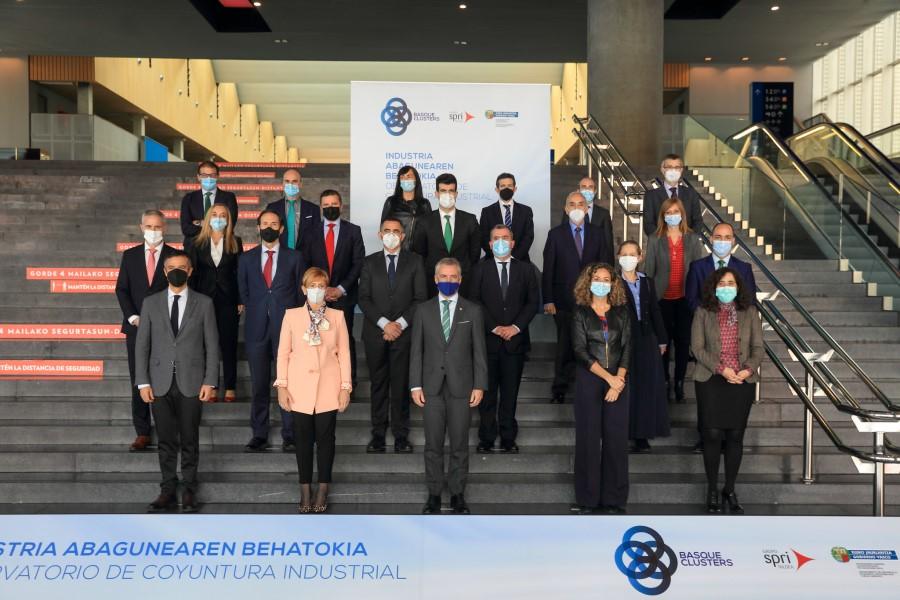 The Industrial Situation Observatory (OCI) met on 25 March. In addition to the 16 clusters, it was attended by the Basque Minister for Economic Development, Sustainability and the Environment, Arantxa Tapia, and the Lehendakari, Iñigo Urkullu.

These meetings allow Basque industry to transmit the state of the sector over the last 6 months and its forecasts for the next six months to the Basque Government. The previous meeting, in April 2021, highlighted the optimism of Basque industry, with 80% of the clusters stating that their indicators would improve in the next six months. A point of concern was the rate of vaccination.

Until 24 February, the day on which Ukraine was invaded by Russia, most sectors had grown and forecasts pointed to further improvement. However, the current situation is one of uncertainty and they expect to be affected especially in energy, raw materials and logistics.

Six of the 16 clusters gathered saw their forecasts for the next six months worsen. If the situation continues over time, the indicators are likely to worsen. However, they are confident that they can now replicate the resilience demonstrated during the pandemic, which has allowed them to implement protocols and new measures in the face of an exceptional circumstance.

Basque Trade has published the International Observatory, a regularly updated report so that companies can calculate the impact of the invasion of Ukraine.

Global vision of the Basque Country

Employment had also risen and the outlook was optimistic, with an increase, albeit less pronounced. Finally, R&D was coming from a sustained increase and an equally growing outlook.

The factor that best resists this global instability is R&D&I, whose investments are planned for the medium term and remain solid.

This sector has seen significant growth in recent months and expects to continue to do so in the next six months. This growth is occurring in all the parameters analysed. Concerns focus on the regulatory framework and, with the advent of the war in Ukraine, on the prices of raw materials and components, which had already experienced price increases and, in some cases, shortages since the Covid 19 health crisis.

In addition, concerns remain about the need to find talent and to move towards digitalisation and organic production.