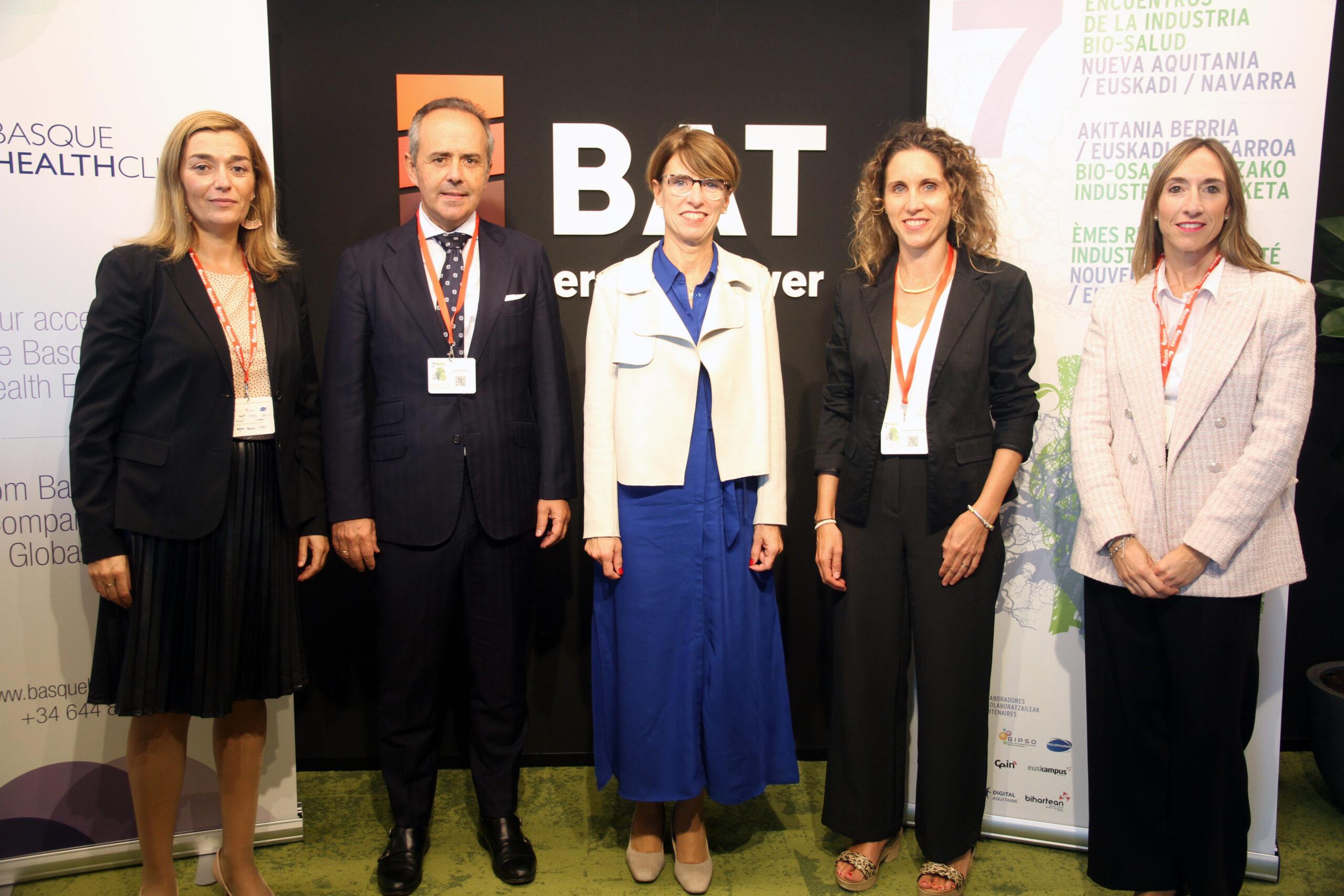 One week after the end of the 7th New Aquitaine, Basque Country and Navarre Bio-health industry meetings, the organisers have a positive assessment of the event. On 10 and 11 October, more than 130 people gathered at the BAT tower in Bilbao to celebrate the event.

Health is one of the three priority areas of the Regional Strategy for Smart Specialisation (RIS3) of the Basque Country, as well as of the Euroregion as a whole. The Aquitaine-Euskadi-Navarre Meetings aim to promote collaborations between companies and with public and private research entities as a tool to boost their internationalisation, as well as the promotion of innovation in the Health sector. In addition to companies, representatives of the public administrations of the three regions, technology centres, universities and the public health system participated in the event.

This edition was organised by Basque Health Cluster (association of Basque companies in the health sector), POLEPHARMA–GIPSO (grouping of pharmaceutical and health industries of Southwest France), SODENA (Society for the development of Navarre), Cein (European Business and Innovation Centre of Navarre), Euskampus, Allis Na (Alliance Innovation Santé Nouvelle-Aquitaine), Digital Aquitaine, Bihartean cross-border Chamber of Commerce. This initiative is supported by the Basque Government and the SPRI (Basque Business Development Agency), as well as the Provincial Council of Bizkaia and the Euroregion.

After a break in the pandemic and its online celebration in the last edition, this year we have been able to hold it again in person. The B2B meetings were also more prominent as a whole afternoon was set aside for them. The B2B meetings organised by the a href=”https://www.spri.eus/es/ayudas/basque-enterprise-europe-network/” rel=”noopener” target=”_blank”>EEN- Euskadi had 95 meetings, 25 of which were transnational.

And this was not the only change. For the first time we did not have a panel discussion on relevant aspects for the sector in the Euroregion. In addition to the successful projects and flash presentations, 3 Open Innovations were presented, which will be open until December.

The institutional opening was made by Estíbaliz Hernáez, Vice-Minister of Technology, Innovation and Digital Transformation of the Basque Government; Mikel Irujo, Minister of Economic and Business Development of the Government of Navarre; and Françoise Jeanson, Vice-President of Health Silver Economy in the Regional Council of New Aquitaine.

To end the first day, the different agents of the sector met again at the cocktail reception held at the Palace of the Provincial Council of Bizkaia, with Ainara Basurko, deputy for economic promotion, giving the opening speech.

Next edition in Navarre

After a second day full of presentations, and before giving way to the B2B meetings, Izaskun Goñi, Director General of Enterprise Policy, International Projection and Employment in the Government of Navarra presented the creation of the new Navarra Health Cluster. The newly formed cluster will be the organiser of the eighth meetings next year.

In the meantime, we leave you with the video summary of the meetings: