Oncomatryx closes its investmnet round with 15 million raised 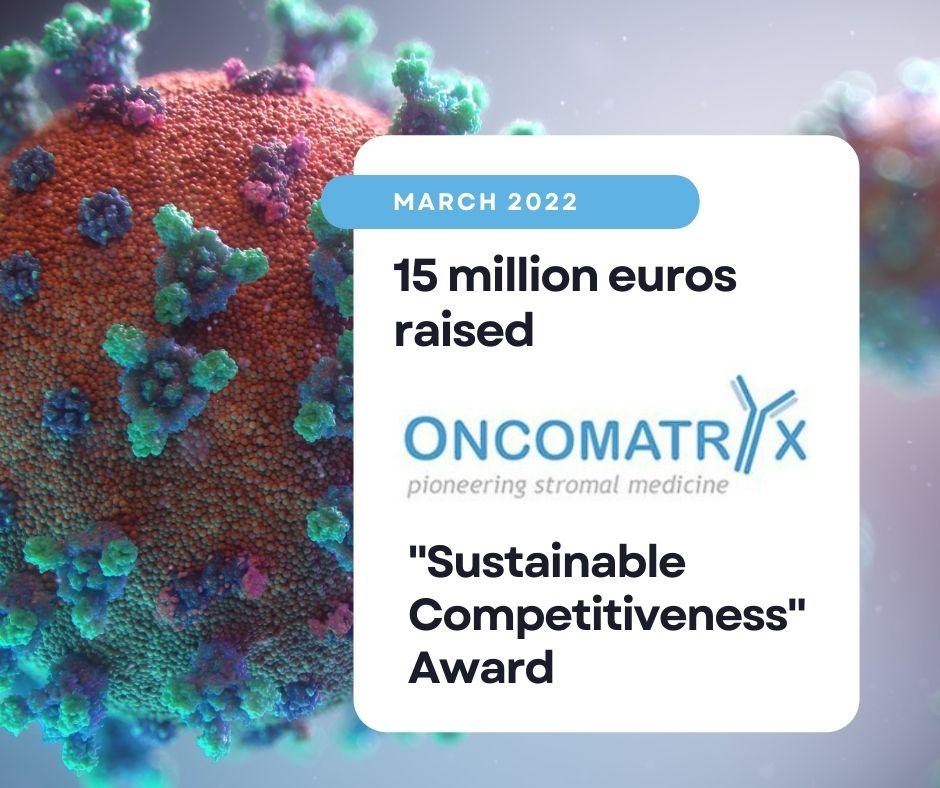 Oncomatryx, a start-up member of the Basque Health Cluster, has started the year by raising 15 million euros to carry out phase I clinical trials. In addition to its existing shareholders, including BBK and Ekarpen (with the participation of Kutxabank, the Basque Government, the three provincial councils and Mondragón Inversiones), the company has managed to attract the interest of new national and international family offices. This is not the first round of financing it has successfully closed; in January 2019 it raised 9 million euros, this time with national investment only, mainly from the Basque and Galician regions.

In addition to the drug under development, Oncomatryx has licensing agreements with large international biopharmaceutical companies, thanks to which it receives recurring income that it also allocates to development. The start-up expects to invest 50 million euros in R&D between 2022 and 2024 to improve the diagnosis and treatment of cancer.
The OMTX705 drug, based on conjugated antibodies, focuses on fighting cancer in a personalised way. To do this, the patient’s own antibodies bind to cytotoxic (cancer cell-killing) molecules. These conjugated antibodies treat the invasive stages, where there is still a high mortality rate, by attacking the tumour microenvironment. In other words, the drug is directed against the cells that surround the tumour and favour its immunosuppression, invasion and metastasis. In this way, they make the treatment more effective and less invasive.
In order to create this drug, Oncomatryx has spent 12 years researching drugs against metastatic solid tumours in collaboration with all kinds of institutions, both national (CIC-Biogune, Onkologikoa, Hospital Sant Joan de Deu,…) and international (Harvard University, MD Anderson Cancer Center, University of Stuttgart,…). Thus, it has discovered new mechanisms and proteins in the peritumoral stroma, the cells and the extracellular matrix that surround the tumour and facilitate its invasiveness, immunosuppression, resistance to treatment and metastasis.
After proving that the drug is safe and effective in animal models, phase I trials in Spanish and US patients are expected to begin before the end of the year.

At the beginning of the month, El Correo and the BBK presented their first edition of the “Sustainable Competitiveness” award. The aim of this award is to recognise companies that proactively manage their business in an environmentally and socially responsible and respectful manner.
The “Social Impact” category went to Oncomatryx. Thus highlighting the importance and the challenge of cancer treatment in our society. Cancer is the main cause of death in the Basque Country, where in 2020 it accounted for 25.66% of registered deaths. The pandemic may have aggravated the situation, as diagnoses have fallen by 20.8%. Although fortunately the rate has recovered, this could have an impact on survival, as the earlier cases are detected, the more likely it is to be overcome.

About Oncomatryx:
An organisation focused on diagnosing and treating cancer by targeting the tumour stroma. To this end, they have developed a variety of immunoconjugates (ADCs) that target the array of cellular components that make up the peritumoural stroma and thus reduce resistance to the penetration of tumour treatments, among other things. In terms of diagnosis, the aim is to predict the invasiveness of tumours and select patients who will benefit most from immunoconjugates.