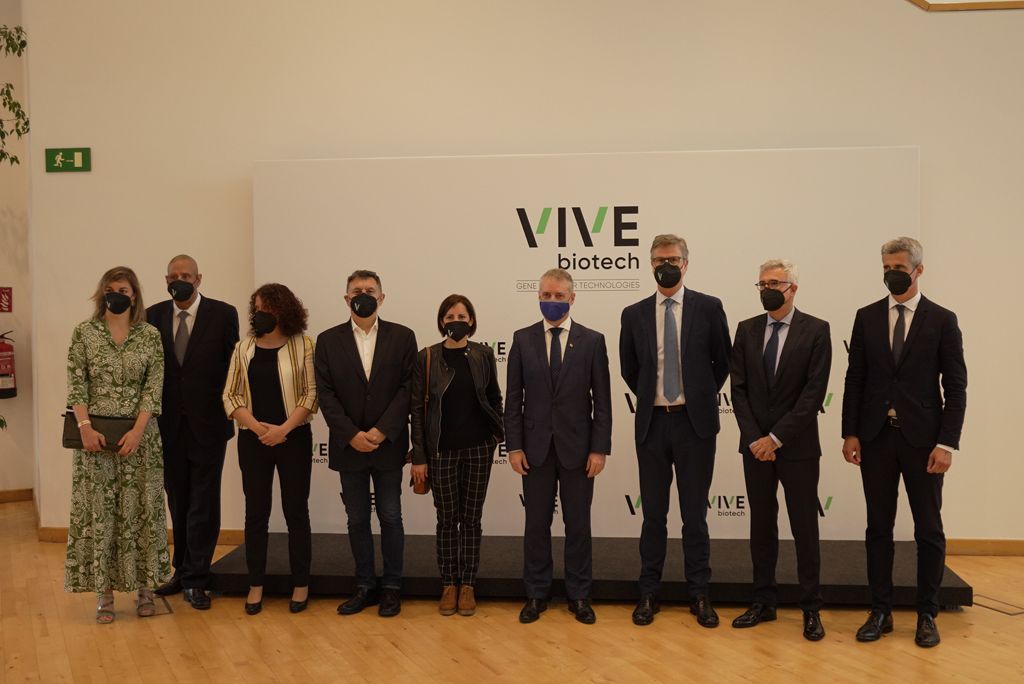 On Friday, 4 June, the new headquarters of Gipuzkoa-based company VIVEbiotech, member of the Basque Health Cluster, were officially opened. The event was led by the President of the Basque Country, Iñigo Urkullu, and was attended by Markel Olano, member of parliament for Guipuzcoa; Eneko Goia, Mayor of San Sebastián; and Denis Itxaso, national government’s representative. Delegates of many companies and institutions were also invited to the event.

The new facilities are situated in the Tándem building in Gipuzkoa Science and Technology Park, in Miramon. The new 3,000 m2 facilities have seven white rooms, and the production of lentiviral vectors is expected to be increased thirty-fold. In order to do this, the company is planning on hiring 85 new workers by the end of the year. The new staff will join a team made up of experienced virologists, as well as young professionals. The aim is to hire people who live locally and also outside of Gipuzkoa, who want to develop their professional career in a cutting-edge biotechnology firm.

VIVEbiotech currently works with more than 20 international clients from the US, Europe, Asia and Australia, producing lentiviral vectors that comply with the most demanding European EMA and American FDA regulations.