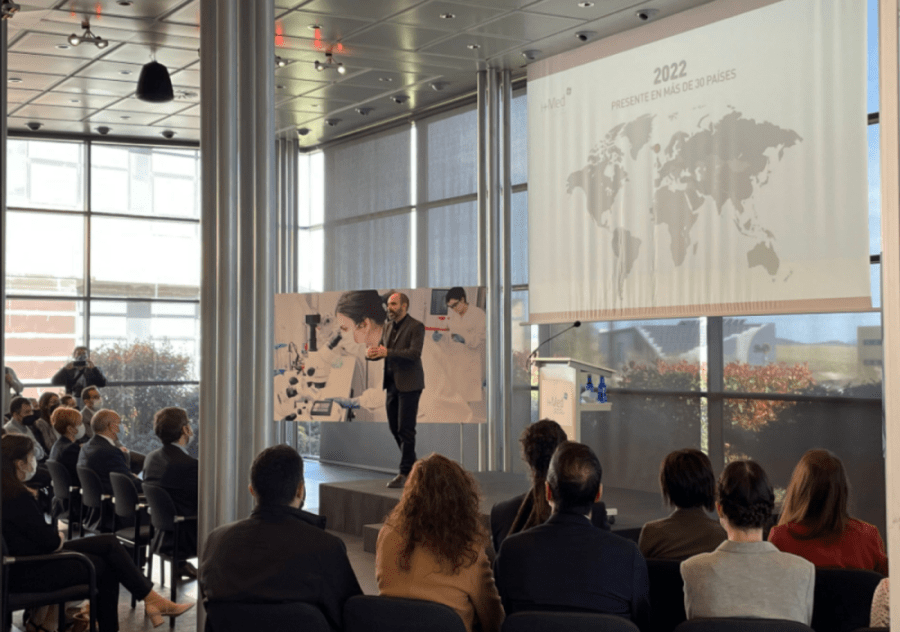 The independent cooperative from Alava i+Med has presented a three-year investment project endowed with 20 million euros and in which the launch of the Biomedical Institute of Intelligent Nanohydrogels (IIBNI) is observed. It will be the first in the world of its kind and will place i+Med in the medium and long term as a world leader in personalized medicine through artificial intelligence systems integrated directly into nanohydrogels.

The new Institute that projects i+Med will be located in the Álava Technology Park. Its implementation will create 60 new high-skilled jobs. The work will begin this year and is expected to be completed by the end of 2024.

The launch of this project, disruptive in its conception, is for i+Med not only an international boost in terms of scientific reference, but an important and positive growth in financial terms. Thus, and although the estimated turnover for this year in this independent cooperative is around ten million euros, expectations for 2025 project a turnover of 25 million euros. 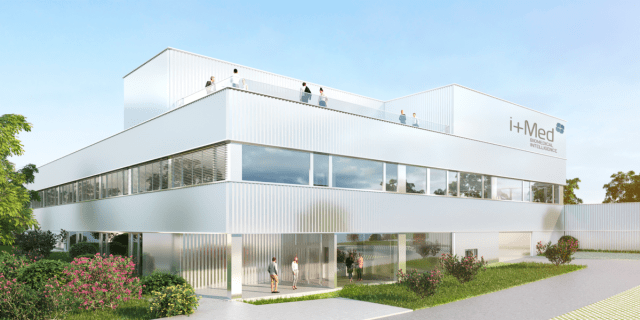 The investment as a whole, and the new International Institute in particular, consolidates Alava’s position as an economic development pole of reference for the Basque Country and the whole world in the pharmaceutical and biomedical fields. A leadership that arises from the talent and innovative capacity that leading companies such as i+Med develop in favor of scientific excellence.

The investment is divided into two parts. The first, valued at 8 million euros, will be used for the new state-of-the-art infrastructure that will house the International Biomedical Institute for Intelligent Nanohydrogels. Inside it will contemplate the R+D+i area of the cooperative, as well as an avant-garde pharmaceutical plant for the launch and distribution of new medicines.

The new I+Med headquarters will be built on an area of 3,600 m2 and will be distributed over two floors. The zero level will accommodate everything related to administration and logistics; in the first one all the research and production activity will be housed, while the attic, baptized as Gure Etxea, The House of the Scientists, will be destined to the free, playful and creative zone of the research staff of the cooperative.

The result is a markedly functional and intelligent architectural proposal that responds to the special needs of a pharmaceutical plant. The drafting of the project, elaborated under criteria of environmental efficiency, has been carried out by the firm LKS Krean. I+Med has also reserved the adjoining plot with 10,000 m2 for a possible expansion and expansion of the Institute.

The second part of the investment, endowed with 12 million euros, will aim to bet on state-of-the-art technology and machinery, as well as the attraction and retention of highly qualified personnel.

“This project confirms that it is possible to develop Science and Innovation in the Basque Country around a sector as strategic as Health, and that the construction of a Basque ecosystem where scientific value prevails over economic ratios is also not a chimera,” said Manu Muñoz, founder partner and CEO of i+Med. 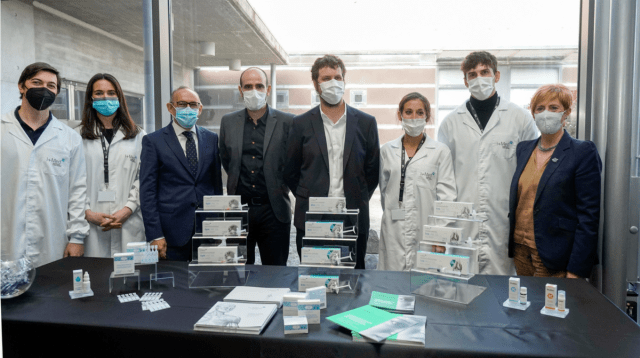 Since its foundation in 2014, this cooperative of scientists has focused its activity on the development of personalized nanomedicine projects in the field of intelligent nanohydrogels of controlled release of drugs and active substances. “They are alternative systems for the dosage of drugs that allow to address the target organ in a more effective and direct way, which has an impact on a double social benefit: on the economic side it reduces pharmaceutical expenditure, and on the patient side, it undergoes a more effective treatment with less exposure to drugs, which avoids its side effects and has an impact on a higher quality of life,” explains Muñoz.

i+Med currently has nine Medical Devices references on the market and holds six technology patents. Right now, it is investigating 18 new projects that will see the light soon, some during the transition to the new plant and most from 2024 coinciding with the inauguration of the Institute.

About i+Med:
i+Med was born in 2013 under the shelter of the EHU-UPV business incubator and was formally founded as a cooperative of scientists in 2014 by Manu Muñoz and Raúl Pérez. Both have experience in the biosanitary field: Raúl from research and Manu from management. They decide to undertake with the purpose of taking advantage of their knowledge in the world of nanohydrogels and implementing a different business model prioritizing the interests of researchers and the project over economic ratios, although bearing in mind the necessary economic solvency of the project to guarantee its viability and future. The uniqueness of this cooperative lies in the generation of a scientific-economic environment promoted by the decisions that the cooperative members take and assume in the business project under the legal form of cooperative.