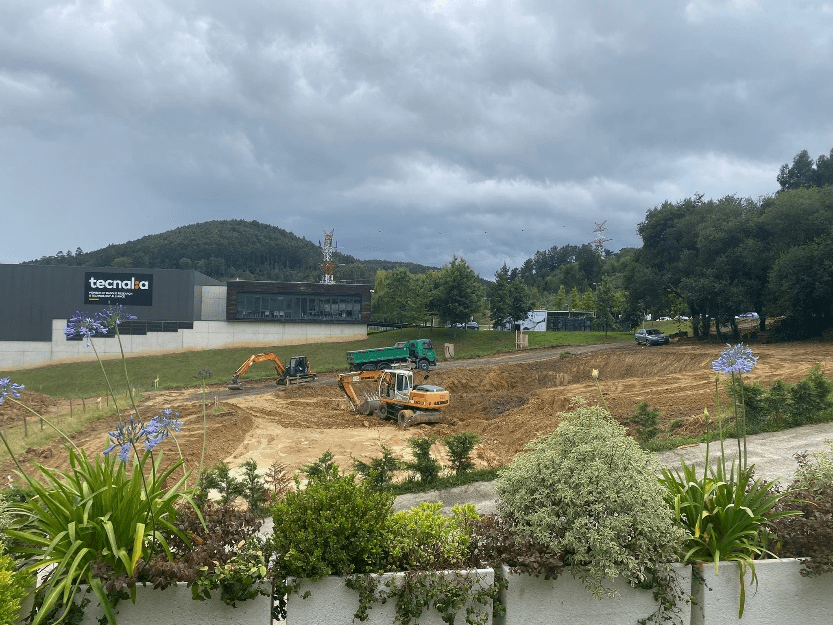 The Basque company is undertaking an ambitious investment project, reflecting its consolidation in the field of food biotechnology and health.

Since 2009, BIOLAN Microbiosensores has been characterized by a sustained growth of around 30% average increase in turnover and the projection for the coming years contemplates a similar target of 20% per year starting with the current financial year 2022 and estimating to double the turnover in the next 4 years. The growth of the business will entail the expansion of the workforce, currently made up of 60 employees, to reach one hundred in 2025, mainly in the areas of R&D, Product Development, Programming and Data.

This is why the company has decided to carry out an ambitious investment plan of 4.5 million euros, which will allow it to triple its space in order to accommodate the growing workforce, incorporate new production equipment, new laboratories, size work units, …

The expansion of its facilities at the Bizkaia Technology Park includes the construction, on an adjacent plot, of a 2,600 m2 building, which will extend the total surface area to nearly 4,000 m2. Work started this week and the new building is expected to be fully operational in April 2023, with two subway floors for storage and production, and three more on the surface.

In this way, the new building will incorporate a greater automation component that will improve manufacturing processes and provide more space for R&D, Product Development, Programming and Data and Operations areas, which will reinforce research and the launching of new developments, as well as the strengthening of current ones.

This investment plan that BIOLAN will carry out has significant financial support from the Gauzatu and Bilakatu programs of the Basque Government and the 3i Program of the Provincial Council of Bizkaia.

BIOLAN specializes in the development, manufacture and commercialization of analytical and diagnostic solutions for the food and health industry, mainly based on biosensors, which allow the detection and quantification of molecules related to food quality and safety, as well as health. With an export rate of 82%, it is present in more than 60 countries thanks to a network of 9 commercial delegations: Iberian Peninsula, Europe, Chile, Ecuador, Mexico, Morocco, Indonesia, Philippines and Thailand. The main food subsectors in which it focuses its activity are fishing, crustaceans, dairy products and the oenological sector.

At the end of 2021, it launched a new generation of biosensors equipped with connectivity to its own digital platform, BIOLANglobal, which allows the management and processing of data and greater traceability of information among its main features, enabling intelligent and comprehensive analytical monitoring and thus helping the digital transformation of the food industry. This new product line, which is having a very successful reception in the food sector, makes us glimpse this increase in sales and business as a whole.

And in the health sector, through its subsidiary BIOLAN HEALTH, it has been playing an important role in the sector in the last two years, launching a Point of Care device for the rapid and simple diagnosis of lactose intolerance, OSAXYL, as well as the rapid antigen test for the detection of COVID-19, now also on sale in pharmacies after having obtained the corresponding certification, and the serological test to measure immunity against it, either acquired by contagion or derived from vaccination.